His Royal Highness The Duke of Edinburgh

Read about the arrangements following The Duke of Edinburgh’s death

At BPDTS, our brief is to bring innovation and flexibility to government technology projects. We’re building an organisation which is designed to adapt at speed. The last few months have offered a fertile environment to practice what we preach.

Within Engineering, it’s our job to create a team that’s fit for the future. Part of our role is to anticipate the future, and plan for it. The pandemic is an accelerant. Changes we expected to see in the next decade are happening now, all at once.

Things are not going back to the way they were. Upfront, we’re seeing:

These trends, in and of themselves, aren’t radical or exciting. Most of us have done varying degrees of remote and home-working. The idea of regularly changing projects and teams is part and parcel of Agile software development in large organisations.

As far as white-label systems are concerned, we’re also used to seeing the increasing abstraction of the technology that we’re using. Where once we wrote systems directly in assembly language or C, most of us now use high-level scripting languages to pipe together complex libraries which are doing the really hard computer science for us. 1

What really is interesting is the pace at which these changes will now be forced to take place. This represents a catastrophic shift in how we’ll be doing business. To quote Iain Banks: 2

The sea may have to become as stone or steel; the sky, too. And you and I may have to part company.

So, what’s so catastrophic? In combination, the trends we see now have several potential downstream consequences we have to take into account:

As home working takes root, geographic bottlenecks which restricted IT hiring will become a thing of the past. Just as that means a programmer can live at Land’s End and still be productive, it also means that a talented developer from Tajikistan can telecommute and take your job.

This is very likely to lead to large corporates reconsidering the potential of outsourcing. Wary of the mistakes made in the past, they’ll create virtual teams in which experts with local subject matter expertise confer and socialise regularly with their Tajikistani colleagues while mingling and reforming as new projects take shape.

How can we deploy at pace while maintaining reliability? The answer may lie in ‘white-label services,’ a concept which has been implemented in both Chinese tech-giants, and, recently, the Department for Work and Pensions (DWP). 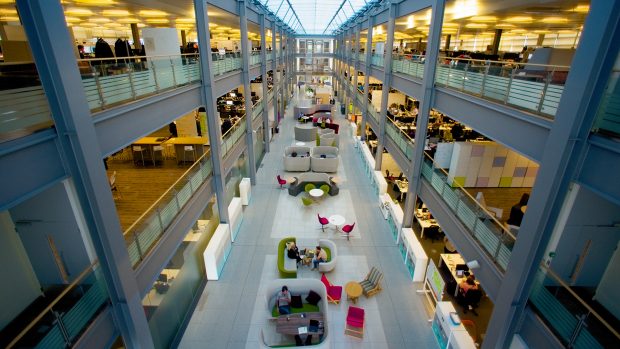 In China, both Amazon-killer Alibaba, and ride-hailing giant Didi Chuxing discovered that they had to expand rapidly into new markets, and didn’t have time to build new software. The answer was “Zhong-Tai,”6 a philosophy in which existing systems and services can be packaged up as a “business model in a box” and deployed almost instantly via feature flags with new branding and minimal customisation in multiple markets.

Flash to our DWP, as we anticipated the height of the Coronavirus pandemic. We hit upon the same idea – white label services. These generic systems incorporate all of the elements necessary to roll out a new service at high speed. As government moves to create new benefits to support people in lockdown, the tech backbone supporting them can be delivered at pace.

As these all-in-one systems grow, they could well cannibalise the existing software development marketplace, radically reducing the number of developers needed to deploy new systems.

Simultaneously, the opposite trend is happening: The fragmented tech landscape and profusion of standards and libraries mean that there will be a growing need for subject matter experts. This could mean that a subset of staff cycle through gig-style jobs addressing very specific challenges in which they are one of a handful of international experts.

This continues to underscore the fact that teams and individuals are likely to change at speed. Our organisations need to recognise that the lines which divide them from the rest of the world will become blurred: It is essential to maintain ties with our staff and associates before, after and during the point at which they’re working with us. They are likely to leave and return many times.

What does a world look like in which geographically dispersed teams deliver white-label services at high speed in an ever-accelerating environment? How do we prepare our people for it?

As I said earlier, the future is happening all at once. We have to address our immediate practical needs at the same time as preparing for these possible futures. Here are the big-ticket items, from the most mundane to the more rarefied:

Our desire to create virtual communities goes without saying. I’ll cover this in a future blog-piece, but it’s safe to say that it can be done a right and a wrong way. You’ll likely all have experienced varieties of this, and we’ll grow the right way of doing this together as a culture. It’s the element which is most likely to put digital natives 7 at a distinct advantage. 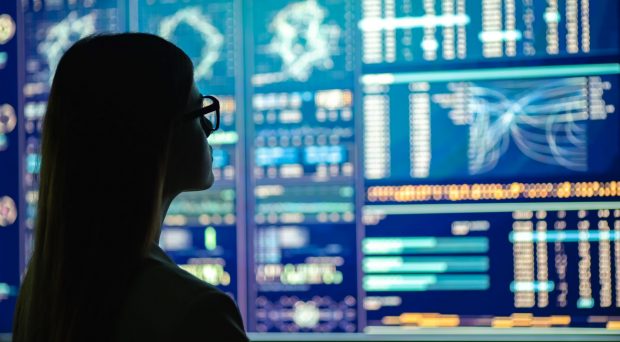 The days of dropping 12 people into a poorly ventilated room for 3 days are well and truly over, at least for the foreseeable future. Even pulling off a session like that in a videoconference is beyond the pale. People become bored and distracted staring at a screen. So we’re looking towards “little and often” and the concept of “flipped training.”

First off, we’ll divide a subject into multiple smaller parts, and deliver them piecemeal. Those in-person sessions can be supported by an online platform like Pluralsight or Udemy, in which people can reinforce that learning in their own time.

Secondly, for those shorter sessions, we’ll “flip” them, delivering course materials to be learned ahead of time, expect the material to be learned, and use virtual person-to-person sessions to reinforce it.

Not only does this make the learning process easier to stomach, but it also reinforces the idea of lifelong learning, which is now essential as the tech landscape speeds up.

Change as a constant and thinking in abstractions

Meanwhile, as things speed up, we need to be aware of the strain working at pace can put on people. As technologists, we’re all aware of the pressure which comes with learning a new framework or language every 2 to 3 years (often in our own time).

We’ve already noted that the level of abstraction in each wave of new software is increasing. That means the skills we have to train in will begin to exit the realm of software and enter the conceptual.

A lot of technologists may find themselves mutated from programmers back into something resembling the Systems Analyst: An expert in how to *use* the system to its best end, how best to *use* that white-label internal Zhong-Tai, and perhaps how to configure it in a domain-specific language.

Simultaneously, as mentioned earlier, a smaller number of developers may be drawn into a slimmed down and fragmented world of subject matter expertise, moving rapidly from job to job, configuring elements in their own particular niche.

That level of change implies a terrific amount of stress. We’ll have to work with our techies as they develop stakeholder skills, communication skills, and new disciplines which have yet to be invented while recognising that such rapid change puts tremendous strain on the human psyche.

Mental health will become a regular everyday discipline with which everyone has to engage. At BPDTS, we’re making that a reality right now, and our people’s wellbeing is central to our strategy: To take care of our colleagues.

There’s plenty more to discuss here. In future blog pieces, I’ll be covering each of the newer ideas presented today. Next week, be on the lookout for my post covering Zhong-Tai and the new Systems Analyst in more detail.

Stay up to date with what’s happening at BPDTS.

Are you thinking of joining us? Please have a look at our current job openings.

2 Excession, Iain M. Banks. Interestingly, this book also introduces the idea of an “Outside Context Problem”: A new concept or thing so radical that it can’t be handled, often resulting in the end of organisations or societies. It looks as though Covid-19 may be an O.C.P. for a lot of businesses.

5 “Software will eat Software in a Remote-First World”

6 Zhong Tai. Introduced to the Western tech literature in 2019 by Thoughtworks’ Chinese branch, and literally meaning “Middle End,” which led to some of us wondering whether the whole thing was a spoof based on “Silicon Valley” and its “Middle Out Compression”. The concept itself isn’t entirely new, as has been pointed out elsewhere, shares rather a lot with IBM’s ill-fated “Project San Francisco”. It’s likely that IBM were too early. We had neither the scale nor the abstraction necessary to make it work back then.